Atharva Dandekar, player of RD Global Sports was selected man of the week in one of our football academies

Our player Atharva Dandekar, was selected as the man of the week in our football academy. Atharva has been with us for 3 years. With hard work he was selected the best amogns 160 players from  all over the world.

Mateo and Manolo, players of 12 years old from Philiphines living in Australia, came for a 2 weeks trials to Spain with RD Global Sports. They had a trial with UE Cornella and the coaches were very happy with them. Wish them all the success 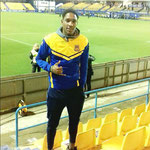 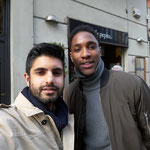 RD Global Sports is proud to announce new office set up and colaboration with LISK HOLDINGS in Johannesburg, South Africa

RD Global Sports has agreed with LISK holdings to be their representative in South Africa. LISK Holdings will be in charge of the South African market for players representation, camps, academies, trials, coaches and scouting of talented players.

RD Global  Sports, will become one of the official sponsors of Dehradun Football academy as well as one of the scouts for talented players coming from Dehradun

One of the most important football clubs in Singapore has signed an agreement with RD Global Sports in order to scout and send talented spanish and European players for their main team.

RD Global Sports has signed an agreement with AD Alcorcon, 2nd Division of La Liga to scout talented players from Asia for trials in the main and youth clubs 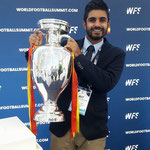 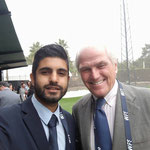 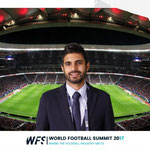 RD Global Sports wants to welcome our player from Football Plus Academy in Chennai, India. Lokesh is 19 years old and plays as a centre midfielder. Wishing all the best to Lokesh

Do you like spanish football? because the road to Spain just got easier.

RD Global Sports has been doing tremendous work in uniting Asia and Spain through football and has  made many dreams come true. Throughout the league the best talent will be under the key eye of Live Video footage and amazing performers can get a step close to a trial with clubs in Spain

Sam Pollard, 17 year old Australian was scouted by Ravi Daswani in Singacup tournament and was invited for a 3 week trial in Spain. He trained with 2 top clubs in the city of Barcelona and both clubs liked him. He will be moving to Spain this August to start preseason and sign with the club

Deependra Negi possing in officials club photo of Reus Juvenil A, Second Division club in Spain. Congratulations Deependra! and the team of RD Global Sports. Deependra is on the left in the the middle row

RD Global Sports wants to welcome our new player Aditya Raj from Mumbai, Aditya will be the first Sindhi player in our academies, following the roots of our Director, Ravi Daswani who is also from Sindhi origin.

Aditya is 14 years old and plays as a Winger. He used to play for Kenkre Academy in India

Udit Jain, from Singapore giving trials in a first division club in Portugal

Deependra Negi was announced MVP of the tournament Cerdanya Cup. Besides that, The team became Champions for the U18 category

RD Global Sports would like to welcome Rushabh Jain our new player from India. Rushabh is 18 years old and he used to play in play and train in Poland last year. This year has decided to come to the capital of worlds best football to continue his career and development as a foottbal player

RD Global Sports would like to welcome Krishna Chaudhary our new player from India. Krishna is 17 years old and he has joined one of our top academies in Barcelona in order to become a great goalkeeper.

RD Global Sports would like to welcome Rushabh Vaghani our new player from India. Rushabh is only 15 years old and he has joined one of our top academies in Barcelona in order to become a better footballer

One of our players, Utkarsh Shukla appeared in the newspapers

Utkarsh Shukla appeared in the press giving an interview about his stay and happiness in Fundacion Marcet, One of the best football academies in the world based in Barcelona

Deependra Negi was invited by Nastic de Tarragona for trials, The club was so happy that invited him to start the preseason with them. Deependra will start preseason with Nastic on 27th July

Bryan Hilarius former player from Bontang FC, in Indonesia was invited for a one week trials at Real Valladolid. Bryan was scouted by Mr Ravi Daswani at Singacup Tournament. Coaches defined bryan as one of Indonesias future talents. RDGlobal Sports will work on getting him a sponsorship to play in Spain. Bryan also appeared in different newspapers in Indonesia

Ravi Daswani, Director of RD Global Sports was visiting in the month of March few Portuguese clubs in Oporto and Lisboa to sign collaboration agreements for sending talented youth players

Deependra Negi, The future of Indian football and the best youth midfielder in the world has signed representation with RD Global Sports.

Deependra will be moving to Spain to play professional football. Clubs from La Liga are already in touch with the agency in order to play in La Liga, the best league in the world.

Deependra Negi was invited by RD Global Sports and gave trials at Hospitalet, San Andreu and RCD Espanyol. The news appeared in the newspaper. Click below to red the news!

Sam Pollard, has been invited by RD Global Sports to do trials at Real Valladolid. the 16 year old striker was training along the Juvenil team, and has impressed all the coaches.

Sam will be returning to Spain in order to play professional football.

Ravi Daswani was elected official agent for SINGACUP 2015, Asia's largest youth football tournament. Ravi Daswani will be selecting 2 players from the tournament for Trials in Spain.

Pele, The King of football, gives the trophy to Deependra Negi, captain of AIFF U-17, winners of Subroto Cup 2015.

RD Global Sports have signed India U-17 captain. Ravi Daswani was impressed while Deependra was playing a match in Singapore. After following his progressions in the last few years, RD Global Sports will be managing his career and working a future transfer to Europe. Deependra Negi is believed to be one of Indians brightest future footballers.

The Dream in developing Asian football talents into the best Europeans leagues in the World. In this Article Ravi Daswani speaks about his dreams featured along 2 of his most promising players, Alex Cuevas and Abneet Bharti

RD Global Sports will be in charge of inviting selected football teams in Asia to participate in the worlds #1 youth football tournament.

More thna 595 matches in 5 days, more than 5000 players,200 teams from all over the world and more than 40 different nationalities,.

Come and join us! You never know when you can be scouted by a top European team!

Bhushan Thube, Former player at Air India F.C has been scouted for trials in the Singapore League

Bhushan Thube, visited Singapore and will be invited for trials in the month of November for trial in Singapore. RD Global Sports was very much impressed with his performance during a friendly match while visiting Singapore

Cerdanya Cup, Barcelona, Spain. Tournament available for all those Asian talents out there!

Cerdanya Cup is a tournament for all the youth teams from all over the world. For the first time we are inviting Asian teams to participate. Scouts from Spanish La Liga first Division will be looking for the next asian talent!

We have special packages available for Asian teams, Please click on the image for more info!

The best midfielder in India , Mehtab Hossain, has agreed to be represented by the Spanish football agent Ravi Daswani, who will be in charge of his career for the next 2 years. Ravi is already in contact with some clubs for Mehtab's big move to Spain next season!

Hariss Harun, the most promising Singaporean player, has agreed to be represented by RD Global Sports

Hariss Harun, the Singapore National footballer and most promising talent Singapore has ever produced has agreed to be represented by Ravi Daswani. RD Global Sports will manage his career.

The star Indian midfielder revealed his excitement on being nominated for the Football Players Association of India`s (FPAI) Indian Football awards.
Given his brilliant display in national colours as well as in the AFC Cup matches, it can be easily said that Hussain is one of the favourites to win the award.

“I was pleased with the captains from both half; I’m impressed by their movements and their reading of the game and they managed to counter our attacks tonight¨